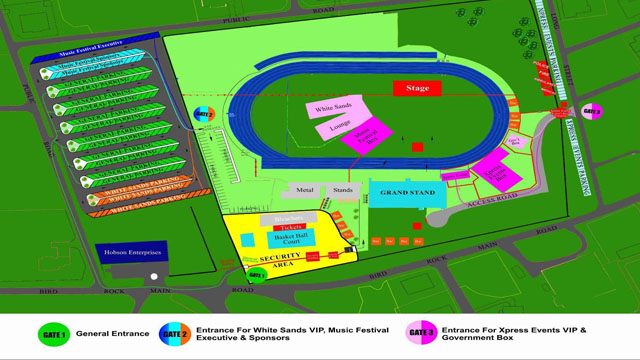 The St. Kitts Music Festival Committee on Thursday officially released a site map showing the layout for the event at its new venue, the Kim Collins Stadium, which has elicited public criticism in some circles. Damion Hobson, serving in his second year as chairman of the...