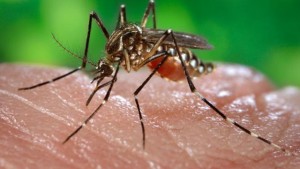 The Pan American Health Organization (PAHO) says it has collaborated with the Arbovirus Laboratory Network (RELDA) on new guidelines to improve lab confirmation of suspected Zika cases in the Caribbean and Latin America, even as more accurate tests are developed.

“With dengue and chikungunya circulating in the region, diagnosing Zika is a great challenge,” said Maria Guadalupe Guzman, head of the Department of Virology of the Institute of Tropical Medicine Pedro Kouri of Cuba and president of the lab network.

She said a new algorithm for lab detection of the Zika virus will contribute to more accurate diagnosis and more efficient surveillance.

On Friday, PAHO said, for health services, it is difficult to report cases of Zika because up to 80 per cent of infected people have no symptoms.

It said many cases of Zika are so mild that people don’t seek medical attention – with the most common symptoms being mild fever and rash, muscle or joint pain and conjunctivitis.

These are similar to symptoms of dengue and chikungunya, which are also transmitted by infected Aedes mosquitoes, PAHO said.
It said suspected Zika cases are only confirmed through blood tests.

But PAHO said the virus usually circulates in the blood of an infected person for five days or less.
It said antibodies can be detected by other tests for a longer period, but the antibodies to Zika are similar to those of dengue and yellow fever, “so those tests can produce crossed results or false positives.”

“The best time for laboratory testing for Zika is in the first five days of the onset of symptoms… said Jairo Mendez, PAHO’s regional adviser on viral diseases.
“In that period, test results are more accurate than those made at a later stage where results may be presumptive.”

PAHO said the new guidelines consist of an algorithm based on an established regional platform for laboratory surveillance of dengue, using 22 national reference laboratories of the RELDA network.

“They will serve to rule out or confirm dengue, chikungunya and Zika, and can be adjusted to the conditions of each country,” Mendez said.

PAHO said the diagnosis of Zika virus is important, especially for the care and monitoring of pregnant women because of the possible link between the virus and the birth of babies with microcephaly and other congenital malformations.

The health organisation added that there is also a possible link with increased cases of neurological syndromes such as Guillain-Barré syndrome.

The aim of the new guidelines is also epidemiological, “to learn more about the behavior of the virus so as to recommend appropriate public health action to fight the disease,” said PAHO, adding that currently there is no vaccine or specific treatment for Zika.

PAHO said the World Health Organization (WHO) is working to accelerate the availability of new and reliable diagnostic tests, with high levels of quality, safety and acceptable performance in the short term.