No Evidence of any sabotage at SKELEC says General Manager 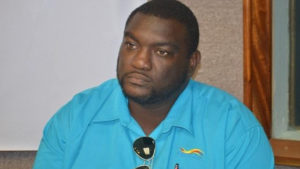 “There is no evidence of sabotage that SKELEC”- A direct quote from Clement Jomo Williams, General Manager of SKELEC who on Monday sort to dispel rumors circulating on social media that suggest that recent outages at the electricity company were deliberate.

The St. Kitts Electricity Company (SKELEC) on Monday, September 5th, began a load shedding exercise. According to the company, this exercise will include a series of scheduled outages to account for reduced generation capacity at our Needsmust Power Plant.

The general manager explained that the power plant now has half its standard power generation capacity.

According to Mr. Williams, the load shedding exercise is expected to last for approximately one month. He further urged the public to be cognizant that the situation is dynamic and as such outages may last a little longer than planned in some instances

Corporate Communications Manager Patrice Harris warned that consumers should take steps to ensure that they are prepared as outages may happen at any time.