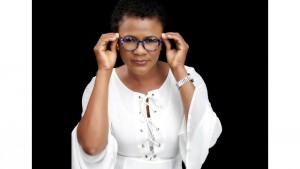 SIX months after a highly publicised conversion to Christianity, Lady Saw, now Minister Marion Hall, is content with her new lease on life. This is the start of me, God’s servant, winning souls for Him. I’m ready to minister. God a go do some awesome things through me,” a bubbly Hall told Splash from Florida this week. She is preparing to release I Had Jesus Sunday on her Minister Marion Hall label.

“I realise my calling is to minister to broken women. So this song is for women who have been raped, women forced into prostitution and drugs and are still standing today. I am a victim of rape and I had Jesus who took me through it. I was battered and bruised… I could have been dead, but I’m still standing here today,” she said.

“This song is to empower women who have been down that road and are still standing,” she continued. I Had Jesus will be the first single from Hall’s 14-track album When God Speaks, earmarked for a July 8 release date. Tracks include On Fire, Enemy, Room In My House, You’re Worthy and The Lord Is With Me.

“This is not about me; it is His masterpiece. All the songs are original and written after my baptism… No ‘collabs’. Four were recorded in the US and 10 in Jamaica,” she said.

“Mi mek sure to tell dem sey I’m on a young Christian budget,” she chuckled. With a career spanning more than three decades, the St Mary-born Hall is the first female dancehall deejay to win a Grammy Award. She made her name with raunchy songs like Stab Out The Meat and Under The Sycamore Tree.

Since her leap of faith, she has done some gigs in the United States and is scheduled to perform in the Cayman Islands tonight.

“I’m not making the money that I used to, as I’ve really not been out there. But, can I tell you how happy I am? I’m happier with less… less is more than enough. I’m rich in spirit and strong in faith. The comfort that I’m feeling inside, I’ve never felt this love ever,” she said, before sharing a few bars of You’re Worthy.

Hall hopes to build a church with a section to house abused women. “There is a spot in Jamaica I’m thinking of. It doesn’t have a ‘For-Sale’ sign on it, but it’s ideal. I could have the place to feed the homeless, and skills training for the women,” she added.