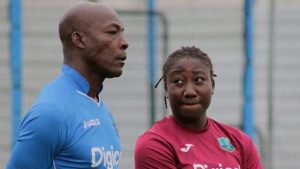 CRICKET West Indies has belatedly confirmed the sacking of the West Indies Women’s management team which oversaw the Caribbean side’s wretched campaign at the recent Women’s World Cup in England.

In a release yesterday, CWI said it would be “setting up a new management support structure for the team” ahead of the Sri Lanka Women’s tour of the Caribbean, starting October 4.

Recent media reports said head coach Vasbert Drakes, along with Ezra Moseley, Stuart Williams and operations manager Ann Browne-John had all been removed from their positions.

The experienced Henderson “Hendy” Springer has been named as head coach and former West Indies head coach Gus Logie as his assistant, in an interim management team.