Court to decide if …rasta chokes dad for light bill 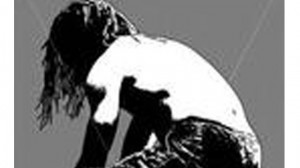 A Rastafarian man who allegedly assaulted his dad, who is also a Rastafarian, by choking him, was awarded bail in the sum of $30,000 when they appeared in the Corporate Area Resident Magistrate’s Court last Friday.

The court was told that the two had a dispute over electricity bills that escalated into a heated argument, following which the father was allegedly attacked during the dispute.

Charged with assault is 32-year-old Jumani Prescot, who pleaded not guilty when the matter was called up. The accused told the court that there was an altercation. He said, “I had to restrain him, I grabbed him and put him on the ground.”

He continued, “I did some yard work and it was not up to his standard.” However, the elder Prescot refuted those claims and gave the court his side of the tale.

He said: “There was an issue over electricity bills so we decided to share a fridge. He (Jumani) did not appear to be in any fridge sharing because he packed his fridge as if he did not want to share the space.”

The court heard that an argument developed and the younger Prescot returned home and chopped down the trees in the yard. His father told the court that after he voiced his concerns about the destruction of the trees he was allegedly attacked one morning while having breakfast.

Young Prescot responded saying, “So what you are saying is I should take abuse? I have a scratch on my neck, I have been trying to move for the longest while.”

RM Pusey then gave Prescot bail with surety at $30,000. He then turned to his father and said, “Can you bail me?” “No! That’s the end of the line, he’s threatening”, the elder Prescot responded.

While Prescot was being taken away, he stretched out his hand to his father telling him to take what was in his hand.

In view of court officers, Prescot handed a torn out locks believed to belong to his dad, however, his father refused and the locks fell from Prescot’s hand and stood on the court floor.

It appears the locks was removed from the elder Prescot’s head during the assault.