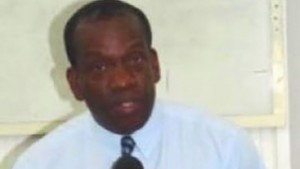 High Court Judge, Bernie Stephenson has ruled against Opposition Leader in a defamation lawsuit filed against him by the Cabinet of Ministers.

Justice Stephenson struck out Mr Linton’s defence on Thursday 27 April 2017 and ordered that an assessment of damages be conducted by the master of the Court.

Prior to the lawsuit being filed, Mr Linton, who was Political leader of the United Workers party at the time, had been given 48 hours to apologize to government ministers and pay $1-million for statements he made at a youth rally in May 2014..

During his speech at the youth rally, Mr Linton alleged that government ministers rape young people in exchange for public assistance at the expense of the state.