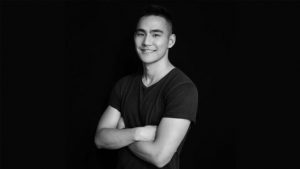 The group had just received a $3 billion valuation earlier this year, and was in the process of raising another $100 million—a meteoric success in which he played an integral role after launching Amber in 2017 with a group of finance insiders, including former Goldman Sachs Group Inc and Morgan Stanley workers.

His meteoric rise continued, and in 2019 he earned a spot on the Forbes Under 30 list.

“He put his heart and soul into the company, in every stage of its growth. He led by example with his intellect, generosity, humility, diligence and creativity,” the company wrote in a statement confirming his death on their website, commemorating him as a “devoted” husband and “loving” father.

Known affectionately by his peers as “TT,” the company remembered him as a “respected thought leader and widely recognized pioneer for the industry.”

“His depth of knowledge, his willingness to collaborate and his desire to always help others benefited countless start-ups and individuals. His insights and creativity inspired many projects, people and communities.

“We lost a great partner and a true friend in TT and words cannot express our sorrow at this time. TT’s legacy will live on and we will work even harder to make Amber the category-defining leader of our industry, as this was TT’s ambition and dream.”

Further details surrounding Kullander’s death were unavailable—except for the fact he passed while asleep.

The statement also said Kullander sat on the “Board of Fnatic (one of the world’s most successful e-sports organizations) and founded KeeperDAO (the first on-chain liquidity underwriter) before giving it back to its community.”

“TT’s legacy will live on and we will work even harder to make Amber the category-defining leader of our industry, as this was TT’s ambition and dream.”

“TT was a devoted husband, a loving father and a fierce friend. His passing is a tragedy and our thoughts and prayers are with his family. He is survived by his wife and their beloved son. We kindly request that you respect their privacy during this difficult time.”

Kullander is the second young crypto whiz to shock the industry with his death in recent weeks: On Oct. 28, 29-year-old Nikolas Mushegian, an early developer of MakerDAO, washed ashore on a Puerto Rican beach after an apparent drowning, just hours after tweeting about an alleged murder plot to take his life.