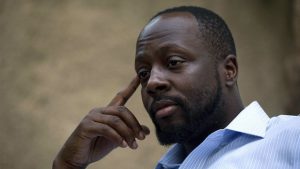 PORT-AU-PRINCE, Haiti, Wednesday October 19, 2016 – Wyclef Jean, the hip-hop artist and former candidate for the presidency of Haiti, says he is “committed to ensuring that things are made right” amid news of a criminal investigation into the finances of his personal charity.

The musician’s lawyer, Avi Schick, confirmed that Jean’s Haitian aid organization, Yele, went out of business in August, leaving a trail of legal disputes and unpaid debts. Regulators in the US, where it was registered, are now attempting to establish how the non-profit organization burned through US$16 million in public donations in just over two years.

A report in the New York Times alleged that much of the money was spent on administration, public relations and consultants, or was funnelled to outside businesses owned by friends and relations of Jean. In one mysterious transaction, detailed in Yele’s tax returns, the singer’s brother-in-law was given US$600,000 for helping with the “rebuilding of Haiti”.

In 2010, the charity devoted more than half of its US$9 million budget to travel, staff salaries, consultant fees and expenses related to its property portfolio, the newspaper revealed. It spent US$37,000 to rent space at a Manhattan recording studio owned by Jean, and another US$375,000 went on “landscaping” for its offices.

Yele was founded in 2004 by Jean, who spent much of his childhood in Haiti. Although initially low-profile, it was propelled to prominence in January 2010 when the country was devastated by an earthquake which left almost 300,000 people dead and an estimated 1.5 million homeless.

Jean’s day-to-day involvement in Yele appears to have been on the wane since August 2010, when Haiti’s electoral council ruled him ineligible to run for president, on grounds that he had not been a permanent resident for the previous five years.

Last year, after reporters began wondering what had become of Yele’s cash reserves, the New York Attorney General began a forensic audit of its finances.

So far, its investigation has covered only the years 2004-2009, before the earthquake struck. But its findings are already damning.

According to the auditors Jean and fellow board members improperly benefitted to the tune of at least US$256,580 during that period. That figure includes US$24,000 on Jean’s chauffeur and US$30,000 on a private jet to transport the actress Lindsay Lohan to a fundraiser.

Investigators have also established that Jean was paid US$100,000 by Yele to perform at a fundraiser in Monaco. Another US$125,000 was used to transport him to interviews for an episode of the TV show 60 Minutes which detailed his charitable activities. They concluded that both of those items of expenditure were legal.

As an alternative to a costly trial, prosecutors have offered Jean a plea deal in which he would pay US$600,000 in restitution to “remedy the waste of the foundation’s assets” between 2004 and 2009, and agree to a full audit of its post-earthquake expenditure. The singer has refused the deal.

Jean’s lawyer has insisted that he is “committed to ensuring that things are made right”. Meanwhile, in a recent autobiography which details his rise to fame during the 1990s as a member of the Fugees, the singer denied wrongdoing. He had no need to improperly benefit from Yele’s funds, he wrote, because he was already wealthy. “I have a watch collection worth $500,000,” he declared.