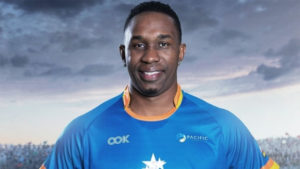 The 36-year-old Bravo will be heavily involved in the proceedings from start to finish, beginning with the tournament launch press conference in February, to a celebrity appearance on the final day.

The tournament, now in its third year, has garnered increased interest for this edition with a reported 40 teams in pursuit of just 20 spots. The first two editions of the tournament saw 16 teams take part. Bravo has indicated his delight at both the association with and taking part in the tournament.

“I am delighted to be the face of the 10PL World Cup of tennis ball cricket tournament. I have learned a lot of my key tricks that I’m sure many of the players in the tournament will employ, especially the use of slower ball and Yorkers,” Bravo said.

“The tournament, therefore, promises to be the perfect platform for raw talents to showcase what they are capable of. I am really looking forward to this competition,” he added.

Meanwhile, Abdul Latif Khan, who is the chairman of Petromann Events has expressed delight with having Bravo onboard.

The tournament is expected to take place between the 8-13 of March.