Windies impasse said to be resolved, but parties mum 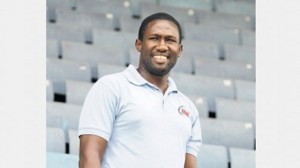 BRIDGETOWN, Barbados (CMC) — There has been no formal word on the outcome of Friday’s critical meeting aimed at solving the bitter West Indies contracts dispute, even as the Sunday Sun newspaper reported that the feuding factions in the impasse had reached a resolution.

Outlining the agreements reached during the five-hour meeting held in Port of Spain, the Sunday Sun said that the contentious Collective Bargaining Agreement would go to arbitration, the players would continue to retain the West Indies Players’ Association as their sole bargaining agent and that the West Indies Cricket Board (WICB) would not rule out of selection for the upcoming South Africa tour those players who abandoned the recent one-day series in India.

However, none of the parties involved in the meeting have yet issued a statement on the outcome.

St Vincent’s Prime Minister Dr Ralph Gonsalves, who chaired Friday’s talks, was reluctant to go into details of any resolution, telling the Trinidad Express newspaper that “very good progress” had been made.

“We are in a far better position at ten o’clock tonight than we were at five. I think that on the basis of the discussions, we have the framework and the modalities for the resolution of the issues and for cricket lovers. I fully expect that the best team will be in South Africa representing us,” Gonsalves was quoted as saying.

“Everybody is going back to their various entities. The 14 players who were in India, they have to talk to their WIPA leadership and their colleagues and WICB president Dave Cameron] has to speak to his colleagues on the Board, but believe us, we made very good progress.”

Barbadian attorney Ralph Thorne QC, who represented the players, said the matter of a fair selection policy for the tour of South Africa was an important one.

“We will be extremely vigilant with regard to the fair selection process. In the same way a number of players have been contacted, the players of the India tour similarly look forward to being immediately contacted regarding their availability for the South Africa tour,” the Sunday Sun quoted Thorne as saying.

“The proof of the WICB’s undertaking against victimisation will be revealed in the communications that we expect to follow this week. Every player from the India tour expresses his availability for the South African tour and they pledge a continuing commitment to the success of West Indies cricket.

“They will renew their faith in the process of collective bargaining by resuming their relationship with WIPA.”

The dispute erupted when the one-day players abruptly quit the tour of India in protest over the terms and conditions of the new CBA which they argued would result in up to a 75 per cent reduction in their earnings.

As a result, the Indian Cricket Board last Friday formally demanded US$42 million in damages from the WICB arising from losses in revenue, and said the regional board had 15 days in which to convey a plan of compensation.