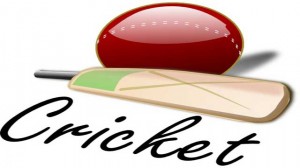 DHAKA, Bangladesh (AFP) – West Indies recorded a hard-fought three-wicket win over hosts Bangladesh to set up a final against India in the ICC Under-19 World Cup in Dhaka on Thursday.

All-rounder Shamar Springer orchestrated the win with an unbeaten 62 off 88 balls and 2-36 as the young Caribbean side reached 230-7 in 48.4 overs after restricting Bangladesh to 226-9 at the Sher-e-Bangla National Stadium.

The final will be held at the same venue on February 14.

Skipper Shimron Hetmyer also played a big part in a crucial chase with 60 off 59 balls.

Bangladesh skipper Mehedi Hasan won the toss and opted to bat but the team soon found themselves in trouble, losing the first five wickets for 113 runs.
Mehedi made 60 off 74 balls and shared 85 runs with Mohammad Saifuddin (36) for the sixth wicket to give the innings some respectability.

Pacer Keemo Paul (3-20) dismissed Mehedi and Saifuddin off successive balls to deny Bangladesh any chance of getting a bigger total.

West Indies made a quick start in pursuit of a modest target thanks to Gidron Pope’s 38 off 25 balls, but Mehedi brought Bangladesh back into the contest with two wickets.

Hetmyer kept West Indies on track with his second 50 in as many matches before he was removed by Saifuddin.

Left-arm spinner Saleh Ahmed claimed 3-37 to give Bangladesh a glimmer of hope but Springer, who benefited from a dropped catch off Saifuddin on 15, kept his cool to complete the win.

India defeated Sri Lanka by 97 runs in the first semi-final.