Venezuela suspends oil delivery to Antigua and Barbuda and others 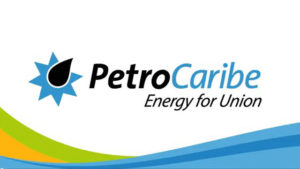 Antigua and Barbuda is among countries to be affected as Venezuela’s PDVSA says it is suspending petroleum deliveries to about half of the Caribbean countries in its Petrocaribe agreement.

The move comes due to falling crude production and low refinery utilisation, according to a Venezuelan Oil Ministry report.

PDVSA, according to the report, is indefinitely suspending a combined 38,000 b/d of refined products deliveries to eight of the 17 countries that make up Petrocaribe: Antigua and Barbuda, Belize, Dominica, El Salvador, Haiti, Nicaragua, St. Vincent & the Grenadines and St. Kitts & Nevis.

However, PDVSA will continue to supply 45,600 b/d of refined products in June to Cuba’s Cubametales, including 95 octane gasoline, aviation fuel, diesel, LPG, and residual fuel. Cuba has been one of the countries that has most benefited from the PetroCaribe agreement, receiving average deliveries from PDVSA of 95,000 b/d of crude and refined products.

The original agreement contemplated a supply of up to 185,000 b/d of crude oil and products under preferential conditions. In 2017, Venezuelan shipments of petroleum via Petrocaribe dropped by 40%, or 54,400 b/d, from 136,000 b/d exported in 2015. The Oil Ministry report also said even though PDVSA does not have Mesa 30 crude available in June to supply Cuba, it is evaluating the possibility of buying light crude from third parties. In February, March, and April, PDVSA bought 4.2 million barrels of Urals crude for Cuba.

PDVSA has been operating its refineries below capacity because of a shortage of crude feedstock and various unscheduled shutdowns. PDVSA this month plans to process 499,000 b/d through its refining system, or 31 percent of its 1.6 million b/d capacity.

June’s expected throughput is down 144,000 b/d from the same month in 2017. PDVSA’s system is comprised of five refineries: Amuay, Cardon, El Palito, Puerto La Cruz, and Isla, which it operated in an agreement with the Curacao government.

PDVSA on Friday, was operating Isla at just 29,000 b/d, or 8.7% of its capacity, as it was unable to obtain crude supply out of storage, according to a refinery official who spoke with Platts on the condition of anonymity.

The suspension in some Petrocaribe shipments is the major second blow to Venezuela’s hobbled oil industry in the past week. A PDVSA official told Platts last week the company notified 11 international customers that it will not be able to meet its full crude supply commitments in June. The source, who spoke on the condition of anonymity, said PDVSA is contractually obligated to supply 1.495 million b/d to those customers in June, but only has 694,000 b/d available for export.

The drop in PDVSA deliveries may present an opportunity for US Gulf Coast refiners, who are increasingly exporting refined products throughout Latin America and the Caribbean.

US refined products exports to PetroCaribe nations, including Venezuela, averaged 398,000 b/d in March, up from 256,000 b/d in March 2017, data from the US Energy Information Administration showed. The bulk of that increase has been going to Venezuela.