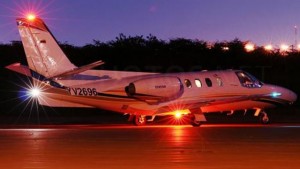 NEW YORK, USA — The latest details to be released in a drug trafficking case involving relatives of Venezuela’s President Nicolas Maduro and his wife Cilia Flores indicate that the Venezuelan military is actively involved in transporting cocaine to Haiti for onward trafficking into the US.

According to the District Attorney’s Office for the Southern District of New York, a Cessna Citation 500 took off from a terminal reserved for government officials at Simon Bolivar International Airport in Caracas on Sunday November 8 carrying more than 800 kg (1,700 lbs) of cocaine.

Francisco Flores, 29, and Efraín Campos, 30, the nephews of first lady Cilia Flores, were among four passengers and two pilots on the Haiti-bound Citation 500. According to the flight log, the plane was co-piloted by members of the presidential security and transportation unit, Pablo Urbano Perez, a military official, and Pedro Miguel Rodriguez, an active lieutenant colonel in the Venezuelan Air Force.

The Citation 500 in question is registered in Venezuela to Sabenpe, a waste-management company that has received a myriad government contracts in the past, according to the National Registry of Contractors.

Flores and Campos were arrested on arrival in Haiti on charges of conspiring to smuggle cocaine into the United States. They are being held without bail in New York after a federal grand jury handed up an indictment. They have both pleaded not guilty.

According to the flight log, the other two passengers were Marco Uzcategui and Jesfran Moreno. Those two passengers and the co-pilots are believed to be back in Caracas. US Drug Enforcement Administration (DEA) agents searched the jet and allowed it to return to Venezuela since, according to ABC News, US authorities did not have time to produce official charges against the four other people flying to Haiti and they were not arrested, despite their apparent involvement in the scheme.

The informer that led to the arrest of Flores’ nephews claimed that the two regularly flew drugs out of Terminal 4 of Simon Bolivar airport, according to ABC News. He also disclosed that both helped fund Maduro’s 2013 presidential campaign using illicit funds.

Simon Bolivar was also the airport from which an Air France jet departed with 1.6 tons of cocaine in September 2013, the largest drug haul in the history of France. Authorities eventually arrested 27 people in that case, eight of them low-ranking military officers, according to Reuters. The suspects are still awaiting trial.

The movement of such heavy drug loads through Venezuela’s main airport is impossible without the complicity of the National Guard (GNB).