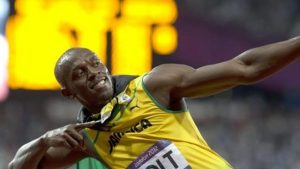 Eight-time Olympic gold medallist Usain Bolt will be honoured with the Lifetime Achievement award at BBC Sports Personality of the Year.

Bolt, 36, retired in August 2017 and is regarded as the fastest sprinter in history. Bolt is the world record holder of the 100m time of 9.58 seconds, which was set at the 2009 World Championships in Berlin.

“I’m living proof that if you work hard, you can get anything you want,” Bolt said during an interview with BBC Sport.

“One thing my dad taught me was if you want something, work hard for it. He showed me by working hard to provide for me, my mum and my sister, so when he told me, I believed it. Just be focused and work towards it,” he said.

Bolt is widely acknowledged as the greatest sprinter of all time, as he is a 19-time world champion up to the time of his retirement.

His first world medals (silvers in the 200m and 4x100m) came in Osaka in 2007 – a championship Bolt credits with “opening his eyes” to the hard work required for him to be successful. A false start in the 100m in Daegu four years later offered him another reminder to keep focused on his goals.

“Everything happens for a reason,” he said.

“I could have gone to Daegu and won and then false-started at the Olympics. It reminded me to stick to what I knew. It kept me focused and kept me going,” he added.

Bolt chose to retire after the 2017 World Championships in London, where he ended his gold-studded career with bronze in the men’s 100m.

Reflecting on his athletics career, Bolt said he felt he accomplished all he wanted in his sport.

“It is a great feeling to know that with the determination and sacrifice that I put in I could accomplish what I wanted to. I try to motivate people by telling them to believe in themselves,” he said.

BBC Sports Personality of the Year takes place on Wednesday, 21 December at MediaCityUK in Salford.