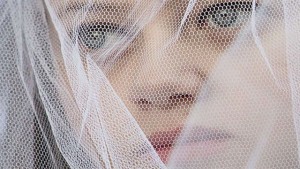 PORT OF SPAIN, Trinidad, Thursday May 19, 2016 – Amid calls for government not to touch laws that allow girls to marry as young as 12 years old, Minister of State in the Office of the Prime Minister Ayanna Webster-Roy insisted there is a “critical need for the age of marriage to be aligned to the age of consent for sexual conduct”.

But Webster-Roy noted that those statutes conflict with the age of consent to sex – 18 – reflected in the Children Act, 2012. She also pointed to the harmful consequences of children marrying too early. “Early marriage can expose a child, inter alia, to decreased opportunity for education; serious health risk such as premature pregnancy and sexual transmitted infections since the child cannot abstain from sex or insist on condom use; high risk due to early pregnancy such as death during delivery, endangering the health of young mother and their babies; and increased likelihood of being subjected to gender-based violence,” the minister said.

“Moreover, early childhood marriage terminates many of the elements associated with a healthy and enjoyable childhood and creates a cycle of poverty by curtailing the educational opportunities of the children involved. “It is the Government’s view that children are entitled to the fullest benefits of childhood and to the enjoyment of their rights as children and the Government is committed to the protection and fulfilment of these rights. In this regard, there is a critical need for the age of marriage to be aligned to the age of consent for sexual conduct,” she added.
Meantime, the Roman Catholic Church and other bodies which are among the 25 religious organizations that make up the IRO, have distanced itself from the organization’s declaration that members had unanimously agreed at a recent meeting not to support any amendment of the Marriage Act with regard to the permissible age of marriage.

Maharaj had said the IRO had taken a unanimous decision on the matter, but Archbishop Joseph Harris said the Catholic Church does not agree with that position and either of its regular representatives attended the meeting at which the decision was taken. In fact, Harris described child marriage as “legalized statutory rape”.

“A 13-year-old, a 12-year-old does not understand what marriage is about, and so they should not be forced. A 13-year-old is a child, a 13-year-old ought not to be forced into that type of relationship. That is legalised statutory rape,” he said.