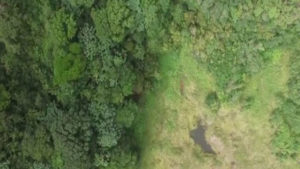 Freedom FM is following a developing story where a rescue team has been attempting to retrieve a tourist from the crater of Mount Liamuiga.

While details are few at this time police have confirmed that late Wednesday a rescue team made the trek up the rough terrain after learning that a male tourist had fallen into the crater.

Nightfall derailed their attempts and a second attempt at retrieval was scheduled for first light on Thursday morning.

It was not revealed how and when police were alerted to the man in distress or if he was accompanied on the hike, but they confirmed Thursday morning that the tourist was still alive. Freedom FM will provide an update when more information is made available.