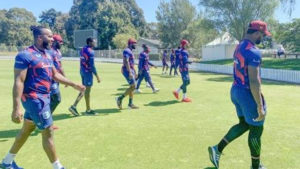 West Indies players and support staff currently enduring managed isolation for the COVID-19 virus on the tour of New Zealand have been given a clean bill of health, cricket officials in the country have announced.

New Zealand Cricket (NZC), the governing body for the sport in the country, said in a media release yesterday that the third and final round of COVID-19 tests, which the players took this week, have all returned negative for the virus.

This will come as a great relief to the players and support staff because it will allow them greater freedom of movement to train and prepare for their series of three Twenty20 Internationals and two Tests against the Black Caps, and the ability to freely leave the isolation facility and mix with the general population.

The outcome of the tests have come into sharp focus after New Zealand health officials prevented the Windies from training on Wednesday because members of the squad had “contravened” strict COVID-19 managed isolation protocols.

There was no indication that any of the members of the squad left or had contact with anyone outside of the managed isolation facility in which they had been confined since arriving in the country almost two weeks ago.

But New Zealand health officials said the team had been given certain exemptions from the strict rules of managed isolation in place in the country and they had violated them.

The players and support staff are scheduled to leave the managed isolation facility today and travel to the southern island city of Queenstown, where they will play a three-day match and a four-day match against New Zealand “A” at John Davies Oval.

Nine other Windies players that took part in the Indian Premier League, including Test Captain Jason Holder and Twenty20 International Captain Kieron Pollard, arrived in Auckland on Wednesday from Dubai.

NZC said they have all passed initial health checks and processing and were cleared to board a charter flight to Christchurch ahead of beginning a 14-day period of managed isolation.

The nine players will end their period of managed isolation one day before the Windies meet the Black Caps in the first T20I on November 27 at Eden Park in Auckland.