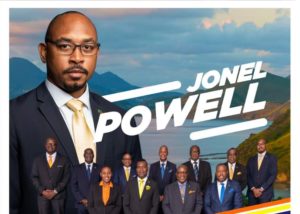 The incumbent coalition Team Unity has officially launched its candidates for the June 5th election with one new comer- Kevin Williams.

At the virtual launch on Tuesday night at the St. Kitts Marriott Resort, leaders of each supportive party made presentations to the persons in attendance, though not permitted by the current regulations in place, in addition to the virtual audience.