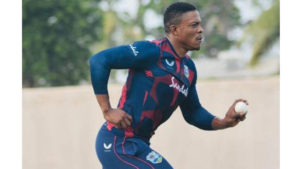 Captain Kieron Pollard on Monday underscored the importance of making a successful transition to the longer format amid the recent heavy diet of Twenty20 (T20) cricket, as West Indies prepared to face Australia in the opening One-Day International (ODI) of the three-match series here today.

However, he pointed out that with key players like Shai Hope and Darren Bravo returning for the series, they would help to fuel the approach required, especially among the batting group.

“We’re supposed to be professionals… so in terms of making the transition, it’s a mindset. In anything that you do, it’s from a mind perspective,” the Trinidadian told an online media conference.

“Darren Bravo got the opportunity to play one T20 match [against Australia] but his last ODI score would’ve been a hundred as well, so a couple of the guys coming in are guys we expect to sort of bat long and who love batting long.

“With that aspect of it, it’s just a matter of the T20 guys to continue their momentum – not curb their natural instincts, but understand it’s a longer format of the game.”

The right-handed Hope has been in sublime form in ODIs, slamming a hundred and two half-centuries in the three-match series against Sri Lanka last March.

Overall, the 27-year-old averages 53 from 81 ODIs, and with ten hundreds is one of the world’s leading players in the format.

Bravo, meanwhile, is also coming off a hundred against the Sri Lankans and is expected to help shoulder the burden of the batting.

Pollard, who missed the T20 series through injury, reiterated recent comments from Head Coach Phil Simmons that 300 plus totals were the goal during the upcoming series, especially in light of the quality batting available.

“Those [totals] are international standards but if we do well and we bowl well – if we bowl first and limit the opposition – we just have to make what’s in front of us,” he explained.

“But in terms of from a batting perspective, that’s international standards — 300, 320, 330. We had started off this quest when we first started a couple of years ago trying to find the right balance and combination.

“I think we’ve sort of found that and now it’s a matter of the next step, which is to consistently hit those targets. As I keep saying, it’s a work in progress and I think we have the personnel in the dressing room to do that.

The ODIs fall in the middle of the home side’s preparation for this October’s T20 World Cup, and on the heels of a five-match T20 series against Pakistan starting here later this month.

But Pollard said there was value in the ODIs, especially with points going towards qualification for the 2023 World Cup in India.

“Every one-day game that we play is very, very important, and is geared towards 2023, which is in the future and which, in all honesty, I don’t like to speak about,” he said.

“That’s our main focus, and hopefully guys can buy into it and hit the ground running at the start of this series.”