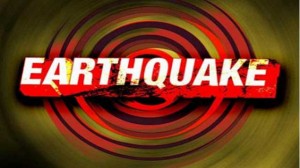 CASTRIES, St. Lucia, Feb 10, CMC – St. Lucia was struck by a “burst” of earthquakes on Monday, but disaster officials said there were no reports of injuries or damages.

The National Emergency Management Organization (NEMO) said that it had been informed by the Trinidad-based Seismic Research Unit (SRC) of the University of the West Indies (UWI) that the island had been hit by eight tremors during a nine minute period.

“NEMO has not yet received any reports of damage as a result of this event; however, the SRC will continue to monitor the situation and advice the Organization as the activity warrants,” NEMO said, urging the population to be wary of the situation and take the necessary precautions to save lives.
“Be aware that some earthquakes are actually foreshocks and a larger earthquake might occur. Don’t wait until you’re certain an earthquake is actually occurring. At the first sign of the earth shaking, if you are in a building, stay inside and away from windows,” NEMO warned.