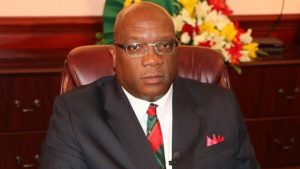 BASSETERRE, St Kitts – On June 26, 2020, the St Kitts and Nevis Labour Party (SKNLP) filed legal petitions pointing to ostensibly, ‘widespread bribery and corrupt practices’ by the People’s Labour Party (PLP) and the People’s Action Movement (PAM) in the June 5, 2020, elections. Besides, the SKNLP claimed manipulation of the voters’ list in two constituencies No:3 and No:8.

A labour victory (in Court) would mean that the present results in those constituencies will be overturned, the “winning” candidates debarred from running in elections for seven years, and the Supervisor of Elections and not the prime minister will be responsible for ensuring that an election will be held in 90 days and is consistent with the rules and regulations, especially those which deal with fairness as the governing principle of elections.

The petitions claimed the following ‘examples of widespread bribery and corruption’:

“Government resources were said to be used to bribe persons to vote through the distribution of hundreds of lots of government land, 350 of which were handed out in the last two weeks before the election. This was ostensibly done through PLP/PAM constituency offices and even by the candidates but not by the staff of the ministry of sustainable development who normally handle and process these approvals. What is incredible is that the letters informing the recipients of the land grants were signed by a senior official of the ministry. This behaviour may be considered as being consistent with malfeasance in public office, a very serious common-law offence, and consistent also with abuse of public office which is an offence under the Integrity in Public Life Act of St Kitts and Nevis.
“What makes the hasty rush to ‘win votes by bribery’, via “gifts” of land, illegal, when all of the evidence is heard and the facts proven, is the way it could backfire. Because, there were fewer plots available than the number distributed, surveyors were employed and hard at work, some say even on election day, to deal with the problem. However, some voters were allegedly ‘given lands already owned and with houses on them, and others where no legal process seems to have been followed’.
“There were also reported instances where money, food, drinks, appliances, furniture and entertainment were given in exchange for votes and this is a clear breach of elections law.
“In some constituencies, there were reported instances where persons ‘received cash vouchers for food before, and on, election day’.
“There are reported cases of voters who were added to the Poverty Alleviation Programme (PAP) and reportedly ‘received retroactive lump-sum payments in exchange for their votes’.”

“The St Kitts and Nevis Electoral Office was closed on the four days before the election, Monday, June 1 (Public Holiday) through Tuesday, June 2 to Thursday, June 4. This made it impossible for any of the opposition candidates, their representatives and voters themselves to challenge the lists.
“In constituency No:3 where the niece-in-law of Dr Harris ran, there were 113 persons’ names added in 2020 to the voters’ list; 40 of which were added to the list only days before the election. These claims, included the sister of the PLP candidate who lives in a different constituency. It is also claimed that a significant number of those names represent persons originally from the Dominican Republic who live in constituencies No:1 and No:2 some of whom were hurriedly granted citizenship in 2019-2020, as part of known, or easily known, ‘fake marriages’, a racket that has been going on in earnest in St Kitts for the past two to three years, seemingly ‘as part of the PLP-PAM bid for re-election’. Reliable sources reported that more citizenship by marriage applications were processed and approved in 2019 and up to March 2020, than [had been] for the previous ten years combined in St Kitts. Other persons of the Dominican Republic, though not qualified under the law to vote, were also placed in constituency No:3 and ‘did in fact vote’.
“In constituency No:8 where the labour candidate, Dr Terrance Drew, ‘lost’ by 24 votes, there is seemingly ‘proof’ that more than twice that number of his supporters were removed from the voters’ list.”
Highly successful and well-known regional attorney, Anthony Astaphan S.C., who leads the labour legal team, provided a rationale for the legal action against the Dr Harris government, explained:

“The issues raised in the petitions deal with fundamental and extremely important issues that go to the root of whether or not there was a free and fair election. It is going to be very important and in the public interest for these issues to be fully ventilated in the High Court in its election jurisdiction.”

It is widely said that Dr Harris warned PAM dissidents comprising Lindsay Grant and Jonel Powell, two lawyers and members of the new Cabinet who face possible disciplinary action including disbarment, that he would hold an election in three months if they continued with their antics about removing him as prime minister. Now, Dr Harris’ threat might become a reality, though not by his own choice, but by order of the Court.