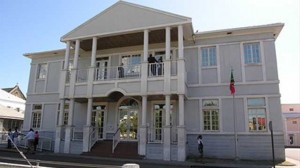 St. Kitts and Nevis had one of the lowest high court case clearance rates of the Eastern Caribbean Supreme Court jurisdictions in 2018.

This was revealed by Chief Justice Honorable Dame Janice Pereira during a special sitting of the ECSC in Antigua on Monday to mark the opening of the 2020 Law Year.

“At the high court level throughout the court’s jurisdiction, a total of 6791cases were filed in 2018 and some 4133 matters disposed of, marking a clearance rate of of 60.86% or a 7% dip from 2017. St. Lucia, Grenada, Antigua and Barbuda remain the busiest jurisdictions in terms of number of cases filed with each having over 1000 cases filed – in St. Lucia there were over 1500. The clearance rates of the various high courts were mostly below 100%in 2018, indicating an accumulation of case backlog in 2018 only Antigua and Barbuda achieved a clearance rate of above 100% indicating a reduction in the case backlog.

“In that same year the clearance rates for some of the high courts were below 50% such as Grenada, St. Kitts-Nevis and Dominica. Dominica recorded the lowest clearance rate of 22.45%; this member state was one of those adversely affected by hurricanes in 2017 and which in turn negatively affected court sittings and consequently the disposal of cases into 2018.”

Continuing to further place matters in perspective the Chief Justice gave a snapshot of the volume of work the court deals with on a yearly basis at the Court of Appeals.

Dame Pereira said the court continues to deal with an extremely heavy case load and has the challenge of factors outside its control which feeds into the creation of backlogs. She said it is in these circumstances that the ECSC has sought to devise and implement new measures such as the use of technology to ease the way of doing business with the court in order to provide for a more efficient court system and better delivery of its services.

The theme for the opening of the Law Year’s address was “A New Era for the Eastern Caribbean Supreme Court: the Road to achieving Court Excellence”.

Speaking to the direction being pursued by the ECSC for its future, the Chief Justice said it is all with a singular objective in mind- to improve on the delivery of justice to the people it serves, the court has embraced the use of technology to advance access to justice.

“Over the last year the court has taken several steps on the road to becoming a modern, accessible, efficient and resilient judiciary. As we enter a new year, a new decade and indeed a new era for the ECSC, the steps which I am about to report on are designed to keep the ship on course on the road towards court excellence.”