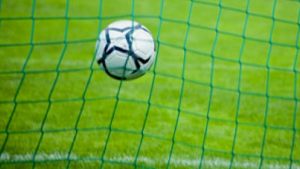 SAN JOSE, Costa Rica – St Kitts and Nevis could not withstand a first half assault from United States and crashed to a heavy 4-1 defeat, to finish the preliminary round of the CONCACAF Under-20 Championship with three straight losses.

Sebastian Saucedo struck twice while Brooks Lennon and Jonathan Lewis added one each, to condemn the Kittitians to a bottom place finish in Group B on Friday.

There was also disappointment for the other Caribbean Football Union side in action as French nation Haiti disappointingly went down 3-1 to Panama in the opening game.

The results ensured the elimination of both St Kitts and Haiti as Panama topped the group with a perfect nine points with the US second on six.

Playing at the Estadio Ricardo Saprissa, Lennon opened the scoring for the US in the 16th minute when he collected Jeremy Eboisse left-sided cross and volleyed past goalkeeper Nathan Lescott from close range.

The second goal arrived three minutes later courtesy of some fortune as Lewis tucked in a loose ball after Lennon’s corner.

Saucedo then scored twice in seven minutes to end the game as a serious contest. His first was a spectacular long range shot from about six yards outside the box in the 35th minute and his second came four minutes from the break through a long range spot kick.

St Kitts gained some consolation in the 77th minute when Romario Martin capitalized on a mix-up in the US defence to net only his side’s second goal of the competition.