Home / National / St Kitts: DPP says he was not pushed out of office

St Kitts: DPP says he was not pushed out of office 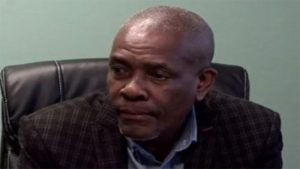 The St Vincent-born former director of public prosecution (DPP), Valston Graham, has dismissed suggestions that he had been forced to step down from his post as a result of a change in government.

“I’ve seen a lot of comments and people saying that I have been ousted. I have not been ousted. My contract has come to an end, and that’s the simple matter as it is,” said Graham, who is expected to the British Virgin Islands (BVI), where he has a private practice.

“So I thought it important, persons who are close to me have said to me “I think you should really clear the air”. I don’t think that perception is something that was done by the Attorney General. He simply did his job, to notify the public of a change. That comes under his remit, and I take no issue with that whatsoever.”

The notice announcing the end of the former DPP’s tenure was widely circulated on social media indicating that the contract ended on September 19 and the Ministry of Justice and Legal Affairs will be seeking a replacement locally and regionally.

Graham, speaking on a radio program in St Kitts, said that he shared his intention not to renew his contract with the previous and current holders of the Office of the Attorney General.

“Now, my departure from office is purely a matter of my decision making… I never sought for my contract to be renewed, and I need that to be made blatantly and expressly clear. At no point in time did I seek to have my contract renewed.

“It was an open secret that I [had] no intention of renewing my contract. My contract dictated how renewal is ought to be done; it provided for me to give an indication of renewal at least three months prior to the end of the contract, [which] would have been in June of this year.

“In June of this year, I did no such thing… and that was communicated to the previous attorney general and the current Attorney General when I met with him when he first came in office,” Graham said.

He said he was leaving the position having made effective changes during his tenure.