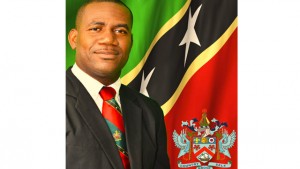 The Minister of Education in St. Kitts and Nevis, Hon. Shawn Richards has approved a new policy towards pregnant women/teachers that apply for maternity leave.

Veteran journalist, broadcaster and businessman, Canady Browne who first reported on the issue disclosed that a source that attended a recent meeting of head teachers and Ministry of Education officials indicated that “the ministry will no longer accept medical certificates from staff that become pregnant and apply for leave.”

Minister Richards is of the view that those certificates signed by the doctors of the expectant mothers are unreliable and are now demanding proof of the pregnancy.

“They stated that a high stomach is not proof of pregnancy. While the latter is true, the ministry obviously has no confidence in the gynecologists and obstetricians. I also believe this is an assault on the profession and an insult to our professionals,” said Browne in a commentary.

“It seems like the Minister of Education wants to see the pregnancy test, but then again that to can be manipulated. Another pregnant woman can urinate on the equipment. What about a nude photo of the stomach at seven, or eight months? Maybe that will suffice. But no, the ministry is demanding the actual medical card from either the doctor or the clinic,” said Browne, who declared: “I believe would be an invasion of privacy.”

He said that in speaking to several local doctors on this new development, they all expressed surprise as they knew nothing about the recent policy shift and suggested that “proof is an internal exam or an ultrasound,” which must be recommended and or performed by a doctor. “Otherwise, a certificate from the patient’s doctor is usual and customary.”

“What exactly brought about the shift in policy? Have there been numerous cases of deception by teachers, pretending to be pregnant? Will the government have a second doctor, one of their choosing perform the internal exam, or ultrasound? Will the teacher be denied maternity leave, or not paid while on leave if the invasive proof is not provided? Have some teachers become the target of the MOE?” Browne asked.

Meanwhile The Minister of Education in St. Kitts and Nevis, Hon. Shawn Richards is clarifying that his ministry wants to be notified of maternity leave of teachers so that the necessary steps can be taken which includes finding a substitute teacher.

Veteran journalist, broadcaster and businessman, Canady Browne had disclosed that a source that attended a recent meeting of head teachers and Ministry of Education officials indicated that “the ministry will no longer accept medical certificates from staff that become pregnant and apply for leave.”

In clarifying the issue Minister Richards said it was important that a teacher is in place so that classes continue and children get their education.