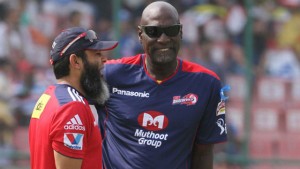 Former national and West Indies batsman Sir Vivian Richards stopped short of labeling the WICB hypocritical, accusing the body of wanting to crucify coach of the regional squad, Phil Simmons for bringing to light what many knew had already existed, while at the same time refusing to pick the beam from their own eyes.

The former captain was, at the time, addressing the ongoing saga between Simmons and the board, in which the coach was suspended for suggesting that outside influences dictated the non-selection of Kieron Pollard and Dwayne Bravo to the ODI squad.

Sir Viv reminded that various inquiries into the Board’s governance of the game and resulting recommendations have been ignored.

“That same establishment itself would have had various enquiries into the moving forward of West Indies cricket, in terms of its managing and governance of the game itself in the region. We have seen all these things being put in place,” he said.

“We have also seen things of the recommendation of PJ Patterson and all those other members of that particular panel. We have not seen much implementation of those particular things that were suggested, in terms of the moving forward, which means we have seen a lot of flaws coming on behalf of the board, who is now making decisions about a member that they would have employed, in the coach, because of certain things said. So who is going to judge the judges?” he asked.

Asked if he thinks it’s the end of the road for Simmons, Sir Viv replied, “I don’t think it should be.”

Simmons was replaced by another former player and selector, Eldine Baptiste, for the ongoing tour of Sri Lanka.

Sir Viv, one of Antigua & Barbuda’s two living national heroes, said this presents a “conflict” under the current circumstances.