Home / Sports / Sir Andy: Gayle has paid his dues, time to move on

Sir Andy: Gayle has paid his dues, time to move on 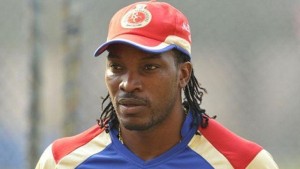 The time has come for batting superstar and Jamaican, Chris Gayle, to consider stepping out of the limelight as regards to international cricket.

This is the sentiment of legendary fast bowler and Antiguan, Sir Andy Roberts, who said Gayle’s illustrious career should speak for itself while his recent performance at the ICC Cricket World Cup is an indicator that the batsman has done all he can at this point for West Indies cricket.

“Chris has been one of our great players and I make no bones in saying that, but the time has come that we have to let the greatness speak for itself instead of trying to go on to achieve what he didn’t do because most West Indians were hoping that he would do,” he said.

Gayle scored a total of 242 runs in nine matches at this year’s tournament held in England. He had a highest of 87 coming against New Zealand in the preliminary round.

The opening batsman had, prior to the start of the World Cup, hinted at retirement following the tournament but then suggested he could go on to play in the India series here in the Caribbean starting later this month.

Sir Andy said Gayle’s current form should not put him in contention for selection.

“I watched Chris in the One Day series in the Caribbean [against England], I watched Chris in the World Cup and I am yet to see Chris Gayle play a cover drive on the ground in any of the innings he has played off the front foot. He takes his time early and I don’t know the reason because I’ve seen in the early that he gets a lot of balls to hit but he’s just playing himself in and then after that he just tries to hit everything out the ground and I don’t think youngsters can learn from that,” he said.

At least one other former player, Antiguan Sir Curtly Ambrose, has also advised against Gayle’s selection.

The India series will start on 3rd August with the first of three T20 International matches at the Central Broward Regional Park Stadium Turf Ground, Lauderhill, Florida. The teams return to the venue one day after for the second T20 match before the third and final match at Providence in Guyana on 6th August.

The Guyana National Stadium will also host the first One Day International on 8th August.