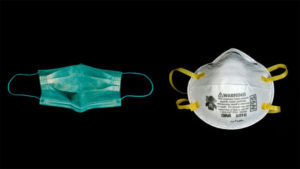 China’s largest city of Shanghai is ordering mass testing Friday on all 1.3 million residents of its downtown Yangpu district and confining them to their homes at least until results are known.

The demand is an echo of measures ordered over the summer that led to a two-month lockdown of the entire city of 25 million that devastated the local economy, prompting food shortages and rare confrontations between residents and the authorities.

At the start of the lockdown, authorities said they would last just days but then kept extending the deadline.

China has shown no sign of backing away from its hardline “zero-COVID” policy since a major congress of the ruling Communist Party that concluded this week by awarding authoritarian leader Xi Jinping a third five-year term in power and packed top bodies with his loyalists.

Strict measures have been imposed across the country, from Shanghai in the east to Tibet far to the west, where anti-lockdown protests have also been reported.

Cell phone footage smuggled out of the region showed crowds of both native Tibetans and Han Chinese migrants milling in the streets of Lhasa to protest a lockdown that has lasted as long as 74 days. The footage was reportedly shot on Wednesday night but there was no sign of violence.

Lhasa has been under tight surveillance since bloody anti-government protests broke out in the city in 2008 before spreading across Tibetan areas.

Despite public anger, the former chairman of Shanghai’s Communist Party Committee, the city’s top official who was ultimately responsible for the lockdown measures, was given the number 2 spot in the party’s all-powerful Politburo Standing Committee — an indication of Xi’s elevation of political loyalty above those capable of gaining public support through competent administration.

Li Qiang, who had been Xi’s virtual chief-of-staff while he headed the eastern province of Zhejiang, has been replaced by Beijing Mayor Chen Jining, a former president of Beijing’s prestigious Tsinghua University and minister of environmental protection.

Chen, 58, was educated at Brunel University London and worked at Imperial College London, where he earned a PhD degree in civil and environmental engineering in 1993.

Many Chinese had hoped for a relaxation of the strict anti-COVID-19 protocols, which remain in place even while the rest of the world has opened up. China’s borders remain largely closed and arrivals must undergo a 10-day quarantine at a designated space.

Despite its costs, and the World Health Organization calling it unsustainable, China credits the strategy with keeping case numbers and deaths at a fraction of those in other countries, although Beijing’s figures have frequently been questioned.

China on Friday reported a 1,337 new cases — most of them asymptomatic — and no new deaths. Shanghai reported 11 asymptomatic cases and Tibet had one confirmed case with symptoms and five asymptomatic cases. China says it has recorded a total of 258,660 cases and 5,226 deaths since the pandemic was first detected in the central city of Wuhan in late 2019.