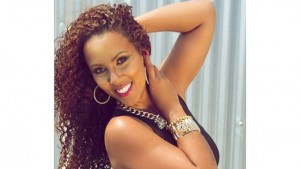 Jodi Stewart Henriques had said she hoped Bolt would ‘go back to wear he came from’, but has taken to Facebook to retract her comments.

The wife of rapper Sean Paul, and neighbour of Usain Bolt, has apologised for comments she made about the Olympic sprinter.

Jodi Stewart Henriques had said she hoped Bolt would ‘go back to wear he came from’, but has taken to Facebook to retract her comments.

She initially called Bolt a ‘horrible neighbour’, and called him a ‘party clown’.

Henriques said: “Between the bikes, loud, horrid music, parties and screams, I honestly wish he would go back to where he came from. He’s a horrible neighbour.

“He takes his nasty behaviour with him everywhere. He’s the ultimate party clown.”

However, she has now apologised for the online rant, saying she should have handled the matter privately.

Her new post read: “After some much needed introspection I would like to publicly apologize for the comments made about Usain Bolt. Not only were they unwarranted but also highly inappropriate and for this I am truly sorry.

“My intention was never to degrade or disrespect anyone but without realising, I did. I allowed pent up frustration to get the better of me and did not conduct myself in a respectful manner.

“I apologise to those persons who I hurt, including friends, family my husband, and the Jamaican people at large but especially Usain Bolt.

“Although I am and have been frustrated by the disturbances, I should have dealt with this in a private and more civil manner. My intentions are to speak with Usain, discuss this regrettable incident and personally apologise.”