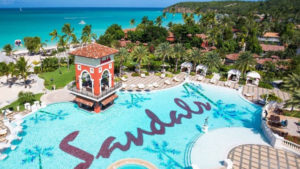 Sandals Resorts has addressed the recent class action lawsuit against it, filed in the US District Court for the Southern District of Florida.

In a release to the media yesterday, Sandals Resorts said the lawsuit was “baseless, both in fact and law, and will be vigorously defended by Sandals.”

Two weeks ago, the lawsuit – filed by the Miami-based law firm Lipcon, Margulies, Alsina and Winkleman, P.A.; which is representing New Jersey resident Vitali Feldman and 500 other claimants in the matter – accused Sandals of charging guests 12.5 percent tax and secretly retaining the money for its own profit rather than handing over the tax money to local governments.

However, Sandals Resorts argued that the allegation of not paying taxes was false, as the company has been subject to regular audits.

“The assertion that Sandals has not paid taxes due to the government is categorically false. We are proud to be the Caribbean’s largest private employer and in many of the countries in which we operate, we are the biggest economic contributor and taxpayer. Our operations in all territories have been subject to regular audits that have, without exception, always delivered clean reports,” the statement read.

In 2016, Sandals Resorts settled with the government Antigua and Barbuda over unpaid sales tax totaling US $37.5 million or more than EC $100 million.

According to the court filing, “Sandals and the

“Because the government stipulated to not collect the $37.5 million and Sandals retained such monies, Plaintiffs and others similarly situated are entitled to these monies as it relates to the taxes they were fraudulently and deceptively charged.

“These extra profits came the direct expense of Plaintiff and others similarly situated, constituting a violation of FDUPTA [Florida Deceptive and Unfair Trade Practices Act], and an actionable unjust enrichment claim.”

Sandals said that the lawsuit was simply made to intimidate the company into negotiating a settlement.

The statement reads: “Class action lawsuits are often intended to coerce a company into settlement to avoid high litigation costs and negative publicity. We have never imposed unlawful and inappropriate charges on our guests and will not cower to false tactics that claim otherwise.

“In this digital age – when anybody can say anything, however untrue – trust and track record remain paramount. Our reputation and relationships with our valued guests are four decades in the making, which is why our guests continue to put their faith in us, year after year. For these reasons, Sandals intends to fight this lawsuit to the end as nothing less than a clean slate will do.”

The lawsuit filed against Sandals is seeking $5 million in compensation for the claimants, exclusive of interest and costs.

OBSERVER media contacted Sandals for additional comment, but Public Relations Manager for Sandals Grande Antigua Resort, Amar Spencer-Sayers, told our reporter that the company did not wish to make any further comment beyond the press release.