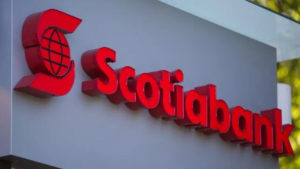 Last November, the RFHL announced that it was seeking to acquire Scotiabank operations even as Antigua and Barbuda and Guyana have expressed reservations about the proposed acquisition, with St. John’s indicating that it would not be issuing a vesting order to facilitate the move.

A RFHL statement said that the banks being acquired are located in Guyana, St Maarten, Anguilla, Antigua and Barbuda, Dominica, Grenada, St Kitts and Nevis, St Lucia, and St Vincent and the Grenadines.

It said that the purchase price is US$123 million, which represents US$25 million consideration for total shareholding of Scotiabank Anguilla Limited; and a premium of US$98 million over net asset value for operations in the remaining eight countries.

The RFHL delegation was led by its chairman, Ronald Harford, while Scotiabank was represented by a two-member team headed by Brendan King, Senior Vice President of International Banking.

A government statement issued following the talks noted that Prime Minister Harris was informed of RFHL’s commitment to welcoming all of Scotiabank’s staff into the Republic Group. It said this would increase the Group’s staff complement to over 6,000 people.

“Not one single staff member of Scotiabank will be displaced,” said Ian De Souza, Principal Advisor at Advice Financial Company Limited (AdFIN), adding “they will not be affected in any form or fashion.

Harford said “it is very necessary to protect our reputation. We will practice those high standards that Scotiabank has practiced.”

He said the acquisition would create “a strong regional champion” with US$15 billion in assets up from US$10.5 billion. Profits would also increase, post-acquisition, from US$198 million to US$270 million.

“The Republic Group has served the Caribbean for 181 years, having opened its first office in Port of Spain, Trinidad, with the establishment of Colonial Bank in 1837. It has branches in Grenada and St Lucia.

The company said it has financed over US$268 million in support of significant nation-building projects across the Caribbean since 2001 including US$7.4 million for the Carifesta Housing Development in St. Kitts in 2005.

“The future of these islands is bright,” Harford said,

King said it was very important to Scotiabank “that our customers and employees be handled with care,” adding that this was important in order to ensure that there “is no disruption of any kind.”

He said the two banks “share the same core values,” and that, “our reputation is very important to us.”