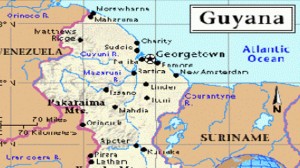 “I will now formally write the Speaker and indicate to him that he should utilise the opinion given by former Speaker Ralph Ramkarran…and also utilise the argument that as head of the legislative branch, that he must utilise his authority under the doctrine of separation of powers to ensure that the legislative branch is not subverted by the delays of an executive branch member, namely the Prime Minister not calling it (the sitting),” Ramjattan told Stabroek News Sunday.

Following the conclusion of the two-month-long parliamentary recess, opposition party AFC has been pushing for the National Assembly to be reconvened in order to proceed with a debate and vote on its no-confidence motion against the government. The combined opposition’s one- seat majority is enough to see the passage of the motion, which would trigger new elections within three months. (Starbroek News)