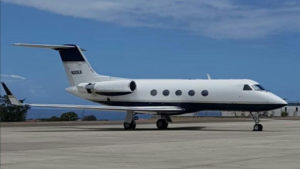 Freedom FM is following a developing story at the Robert L Bradshaw International Airport where a small plane has been detained over concerns its cargo could contain illicit drugs.

According to sources at the airport, when the plane arrived early Tuesday morning, it was surrounded by Customs Agents, and other units of law enforcement also reported to the scene.

Informed sources reveal that several persons, said to be a family, were detained by authorities while they tested if the cargo, a shipment of hemp, contained any cannabis.

It was further revealed that the persons detained were released from custody around midday and the cargo released.

A source within law enforcement confirmed the incident and explained that while the importation of cannabis remains illegal in the federation, hemp is not.

The source said however like any other agricultural product, the ministry of agriculture would have to give approval for the hemp to be allowed into the country.

While marijuana and hemp are both members of the Cannabis family of plants, due to each plant’s biological structure, they have several very distinct and crucial differences.

Because Marijuana is abundant in THC, it is naturally grown for its psychoactive properties, whether it be for recreational or medicinal use and in most parts of the world is illegal. Hemp on the other hand contains a very low concentration of THC and is primarily used for industrial purposes including food products, oils and more.