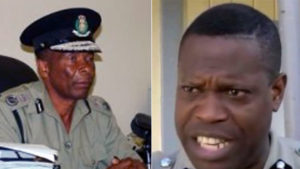 Retired Police Commissioner, Rawlston Pompey, has railed against yesterday’s decision to fire embattled Commissioner of Police, Wendel Robinson with immediate effect. Pompey argued that, “the level of viciousness with this decision is unheard of, it’s unprecedented… never happened before!”

Robinson was first suspended a year and a half ago on 5 April, 2018 by the Police Service Commission (PSC) after allegations by subordinate officers were levied against him. Now, the commission has fired him outright siting “public interest” and a “fractious relationship” with the minister responsible for the police force, Steadroy Benjamin.

“The Police Service Commission has made one of the biggest blunders in the service of the police force.”

The blunder Pompey referred to was when the commission cited Robinson’s temperament as grounds for dismissal.

“When they looked at Mr. Robinson two, three years ago, they should have looked at his temperament; his ability to control and command the force. This is in keeping with the Police Act.”

Pompey further offered, “the Police Service Commission erroneously cited that their is a ‘factious’ relationship with the minister… and he will not be able to effectively discharge his duties and it’s bad for good governance of Antigua and Barbuda.”

“What has Mr. Robinson to do with the governance of Antigua and Barbuda?” Pompey asked.

Pompey offered, “if they had said that it is bad to have [Robinson in the post] because of national security, or crime getting away and he’s not able to command the respect and support of his subordinates… that, I can understand.”

“Was it the Police Service Commission who placed Mr Robinson there as the commissioner of police?” he asked.

“Hell no! The answer is no. It was the prime minister.”