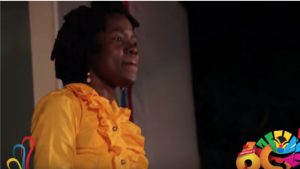 Prime Minister Gaston Browne has officially put Lena “Queen Ivena” Phillip on notice that he intends to sue her over certain lyrics of her 2017 calypso entitled Nastiness, unless she removes them.

At the same time, he has also warned media houses that they will face similar action if they play the song that repeats the offending lyrics.

Browne told OBSERVER media that he takes offence to the allegations that Queen Ivena made in the song, which state that he transferred government funds to his wife’s charity, Share Inc.

“She did not even spin the lie. She said I took $5 million of the people’s money and put it [in] my wife’s charity. Not one red cent of public funds was paid into Share and at no point [did] the charity have more than a few hundred thousand dollars in its account. She will be sent a letter of warning and if she fails to remove the lines, she will be sued,” Browne said.

Ivena’s new calypso has been featured on the airwaves throughout Antigua & Barbuda since it was released recently.

However, Prime Minister Browne is not amused and said he has drawn the line. He went on to warn all media houses against playing the song.

He threatened, “I will sue OMG to play any song with such slanderous content along with any media that carries the defamatory lines.

“Nothing creative or funny about that type of artistry. She took 10 minutes cursing everyone in the ABLP to include the institution and you guys find that funny and entertaining. She is a nasty piece of work among other things that I can say. The rest she will see when looking in the mirror.”

However, cultural icon, Alister Thomas chalked up the reaction of politicians to scathing criticism as their just being thin-skinned.

“The sensitivity of political figures of criticism has been overbearing and we have had that experience throughout the Caribbean, and Trinidad is an example of that. I would advise anyone to go listen to any of the politically critical songs of Suga Aloes and Watchman and to evaluate how the Trinidadian politicians who are being featured and critiqued in the sharpest of way and how they react. I think there is a certain level of cultural maturity that needs to be exhibited,” he said.

Thomas expressed his displeasure at any attempt to muzzle the calypsonian. He says the calypsonian should be free to mirror the concerns of the public in their art form.

“There are some public figures who don’t wish to be criticized but they will use the forum that they have to say what they wish about members of the public but when the public, through the artist, critiques or highlights them, then they react differently. But as long as the artist isn’t crossing the line then one should be advised to get the legal advice needed to defend the artist.”

He went on to warn of one of the country’s first calypsonians, Kwaco, who in the 1940s was jailed for speaking the truth about the governor of the island.