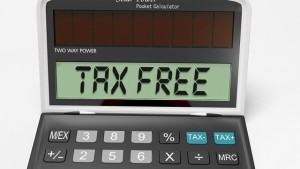 Prime Minister Gaston Browne, who made the announcement in his Budget presentation in Parliament yesterday, said it was in keeping with his Antigua Labour Party’s (ALP) campaign promise.

“Effective April 2016, Personal Income Tax will be abolished in its entirety. That was a major campaign promise, and my Government honours its word to the people. Promise made, promise kept,” Browne said.

“Abolishing Personal Income Tax is an important reform. Not only will it put more money in the pockets of the people, so that they can save or spend more for the benefit of the economy as a whole, it will help to re-establish our country as one of the most competitive in the Caribbean and beyond. Mr. Speaker, abolishing the PIT will put over EC$30 million (US$11.1 million) back into the pockets of people.”

The prime minister noted that because of the cost of collecting PIT, the difficulty of enforcement, and its “unfairness”, it made sense to remove the tax and there would be several other benefits to the move.

Browne pointed out that previous ALP administrations had governed the twin-island nation successfully for 27 years without PIT.

He also explained that the EC$37 million (US$13.7 million) shortfall from the elimination of the tax would be partially covered by an increase in the Revenue Recovery Charge (RRC), from 10 per cent to 13 per cent, which is expected to yield an additional EC$20 million (US$7.4 million) in revenue.

All food items in the basket of Antigua and Barbuda Sales Tax-free goods will be exempt from the RRC increase, Browne said.