Outgoing Caricom SG says “we have achieved a lot” 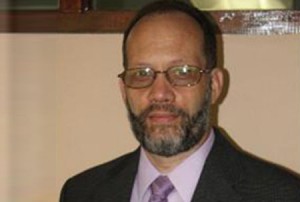 Outgoing Caribbean Community (Caricom) Secretary General, Irwin LaRocque is suggesting that “another mechanism” be utilised in getting member countries to greater strengthen their existing cooperation and collaboration for the future development of the region.

“One of the things I have noticed that we can only move as fast as the slowest member state and that slows us down quite a bit. So I think if we had another mechanism going forward we could achieve a lot more,” said LaRocque as he appeared on the television programme “Annou Pale” (Lets us talk), hosted by Prime Minister Roosevelt Skerrit on Sunday night.

“We have achieved a lot. Don’t get me wrong. I am not trying to minimise that but I think there could be greater achievements if we were all working in concert,” said LaRocque, who leaves office next month after 11 years as the region’s top public servant at the Guyana-based Caricom Secretariat.

The CSME allows for the free movement of goods, skills, labour and services across most of th15 member regional integration grouping and LaRocque said it was important for the Caribbean to make progress in that regard.

“There are areas I think could have gone a little much further, I have to admit that….but we have had some achievements there. We have gone from five categories of skills to 10, I wish there were lots more,” LaRocque said, noting “a major part of the market has been introduced by public procurement.

“We have also introduced contingent rights so that when a person moves in our region, their family can move with them under certain circumstances and benefit from certain rights. Another major issues is the introduction of the multilateral air services agreement, which allows for, hopefully, the further development of the air services in our region….”.

The Caricom Secretary General said that the Caribbean population will judge the integration movement on the ability for people to be able to move around freely.

“That is how they judge us on the day to day operation of the Community and I think we can improve on that. There were days, maybe five, six years ago, travel in the region was much more of a hassle. Persons were not treated properly. I have seen those days diminished considerably. But I think in terms of advancing, in terms of moving forward, in terms of putting in more harmonised policies, particularly as it relates to some of the macro-economic issues, I think a lot more can be done,” said the Dominican-born Secretary General.

He told viewers that “too much time is being taken in terms of consulting issues and not moving forward”.

LaRocque recalled informing the Council for Trade and Economic Development (COTED), one of the highest decision making bodies within Caricom, at their meeting last week, that when the reviews of the Common External tariff (CET) and Rules of Origin were being undertaken several years ago, Dominica had appointed an internal committee, which he headed on the matter.

“We had to report not only to the minister, to the Cabinet ever so often on the progress or lack of progress being made. I get a sense that sometimes these things are not happening so that sometimes prime ministers are not even properly briefed on what is going on.

“I think…the same way I am asking for accountability in the Secretariat, I think our officials have to be more accountable and recognise that we can move forward. It is to the benefit of our people,” LaRocque told the programme on which he also looked back on his years in office.