Newtown Youth Shot At His Residence 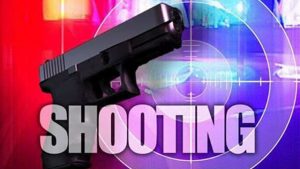 Police have confirmed the first shooting incident reported in St. Kitts for 2020.

Freedom FM understands that at around 4am Friday, a young male was shot while in Ponds Extension area, Newtown. While multiple shots were reportedly fired, police have not said if the victim was struck multiple times, only confirming that the shooting was not fatal.

Police have since issued a release identifying the victim and labeling the incident as an armed robbery.

“Close to 4 a.m. on January 17, 2020, an armed masked assailant entered the home of Shakim Joseph of Ponds Extension. Investigations so far have revealed that the assailant demanded items be handed over and injured the victim at some point during the incident. The victim was taken to the JNF Hospital where he is warded in a stable condition.”

Investigations into the matter are ongoing.