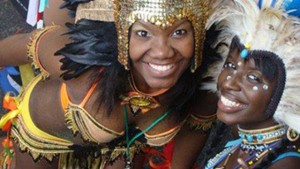 KINGSTON, Jamaica – In his 44 years living in New York City, Thomas Bailey has seen it all in terms of the evolution of Jamaican culture.

This week, Bailey is one of the ‘head cook and bottle-washers’ for New York Caribbean Carnival Week.

He is the president of the West Indian American Day Carnival Association (WIADCA) which oversees the annual five-day spectacle which culminates on September 7 with the New York Caribbean Carnival Parade along Brooklyn’s Eastern Parkway.

According to Bailey, ‘Carnival Week’ is a big deal for the West Indian community in the tri-state area which also includes New Jersey and Connecticut.

“WIADCA’s year-round programmes as well as New York Caribbean Carnival Week not only breathes energy into the daily routine of many Caribbean-Americans, but also provides a solid economic stimulus to New York City during Labour Day week,” he said.

The Big Apple’s Labour Day celebrations are the most extravagant in the United States. It is also the most diverse, a reflection of the city’s cosmopolitan demographics.

Carnival Week is an economic boon for all concerned.

“It is a known fact that NYC and the borough of Brooklyn sees an increase in tourism, commerce and visibility while many local businesses and vendors have the opportunity to participate at New York Caribbean Carnival Week by vending, advertising and showcasing their products, services,” Bailey explained.

Queens-based radio station Irie Jam, Caribbean Airlines, Digicel, One Caribbean TV, and Golden Krust are some of the companies involved with Carnival Week this year.

Irie Jam, an influential outlet for Jamaican culture in the tri-state area for 22 years, has signed with WIADCA to help promote the event.

Carnival Week begins on Thursday with Caribbean Freedom Festival, featuring KES the Band from Trinidad and Tobago. The following day is the annual Stay In School Concert and College Fair, with Ricardo Drue, the 2015 Antigua Soca Monarch among its artistes.

On Saturday, the highlight is the annual Panorama Showcase, in which 11 steel orchestras compete for Steel Band Champion.

Sunday’s closing day is the most hectic. In addition to the parade, there is Irie Jam Radio’s 22nd Anniversary Celebration at Roy Wilkins Park; and a Legends in Caribbean Music event with the Mighty Sparrow and David Rudder of T&T, Swallow from Antigua and Barbados’ Edwin Yearwood.

With the exception of the parade and Irie Jam concert, the events will occur behind the Brooklyn Museum.