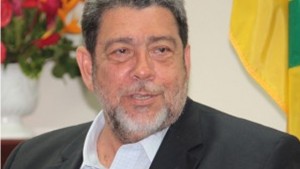 KINGSTOWN, St. Vincent, Tuesday February 23, 2016 – Vincentians will have to start paying taxes on cell phone and international calls to contribute to government’s plan to reduce poverty in the country. They’ll also be digging into their pockets to pay Value Added Tax (VAT) on some items that were once VAT-free.

The new and increased taxes were announced by Prime Minister Dr. Ralph Gonsalves as he delivered the 2016 Budget in Parliament yesterday, in the absence of the Opposition New Democratic Party (NDP), which boycotted the sitting as it continues protests against the results of the last election in December which it insists was rigged.

Gonsalves told Parliament that a two per cent levy will be imposed on mobile phone calls and international calls; VAT will be introduced on several items, including packaged rice, butter, brown sugar, chicken, salt, shortenings, backing powder; there will be an increase in excise tax on beverages; and property tax on commercial buildings will move from 0.06 per cent to 0.08 per cent to match what owners of residential properties currently pay.

The phone tax is expected to generate EC$2.7 million (US$1 million), and Gonsalves said the money would be paid directly to a Zero Hunger Trust Fund that will support the elimination of hunger in St. Vincent and the Grenadines.

“So when you talk for [the time that will cost] a dollar, know that two cents out of that dollar is going inside a fund to help to bring an end to hunger,” he said. “I don’t think that people will be opposed to that at all.”