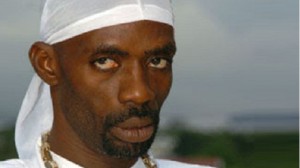 COLOURFUL dancehall deejay Ninjaman was yesterday found guilty of a murder committed eight years ago sparked by a domestic dispute.

Following the more than three-hour deliberation by the seven-member jury, Ninjaman, who was handcuffed to his co-accused, flashed a smile and said “A suh it go, man” as he exited the courtroom.

Ninjaman’s co-accused — his son, Janiel, and Dennis Clayton — were also found guilty of the murder of Ricardo Johnson, also known as “Trooper”, in March 2009.

The deejay, whose real name is Desmond Ballentyne, was found guilty of murder and shooting with intent, while his co-accused were convicted of murder after the jury heard testimony from the main witness whom the prosecution named only as “Witness A”.

The entertainer was arrested in 2009 and remanded in custody for three years before he was offered bail.

Yesterday, after they were convicted in the Home Circuit Court, Director of Public Prosecutions (DPP) Paula Llewellyn told reporters that the murder had its foundation in a domestic dispute between two tenants on Lower Marl Road in Kingston 11 that escalated on March 16, 2009 and continued the following day.

“One tenant contacted her granddaughter, who was the babymother of Clayton. The other tenant basically had ‘Witness A’ dealing with the matter. Out of that threats were issued and the following morning, on the 17th of March, 2009, Desmond Ballentyne, his son Janiel, and Dennis Clayton returned to the scene,” Llewellyn stated.

She said that just before the shots were fired, Ninjaman and his son were seen with guns.

The DPP explained that on March 17, Johnson, who had gone to visit his friend, was inside the yard talking when Clayton and other men, including Seymour Samuels, who was also accused but has since died, pushed the gate and entered the yard.

An argument developed between Clayton, Johnson and the key witness; however, Clayton and his friends left the yard. But shortly after there was a stone-throwing incident between the parties after which Clayton threatened to kill the witness, according to the DPP.

She said Clayton, who was armed with a cutlass, was seen among a group of people who were talking and pointing in the witness’s direction.

Shortly after, Janiel Ballentyne was seen in a motor car that drove to Johnson’s gate and stopped. He alighted and confronted Johnson and ‘Witness A’ .

Subsequently, the men went to their respective homes on Lower Marl Road. Minutes later, Johnson went to the witness’s house.

Hours later the car returned with Ninjaman, his son, and Clayton who all threatened to kill the men.

The three left, but approximately three hours later they returned in the motor car. Johnson and the witness ran in separate directions.

The DPP said that in an attempt to get away both men went through a hole in a fence. The witness said he saw Johnson, armed with a cutlass, chopping and pushing the fence to prevent his attackers from entering through the hole.

Upon hearing a loud explosion and Johnson’s cry, the DPP said the witness saw Clayton, who later disappeared.

“So in all the circumstances, the Crown used circumstantial evidence to infer that not only were they properly identified, not only were Jeniel and Desmond Ballentyne armed with guns, but that they were the persons who fired, causing the demise of Ricardo Johnson,” Llewellyn said, adding that the eight-year-old case was a challenging one.

The convicts are to be sentenced on December 15.