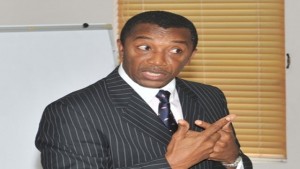 Pudits have warned that Attorney General Steadroy “Cutie” Benjamin’s “fight fire with fire and steel with steel” comments are not only dangerous, but equipping more people with guns is not the solution to crime.

Benjamin has come in for strong criticisms for his remarks made in Parliament last Thursday, as he piloted the Fire Arms Amendment Act.

He told parliament, ”We are going to make Antigua & Barbuda free of crime and free from fear and this is the method by which we will so do.”

Thorne warned that public officials need to be more careful with what they say since “language goes to the heart of consciousness.”

“The language you use as an official indicate to people how they should respond and behave… I regret that language; it is very strong language,” he said. “It is saying to the citizen that any violent intent that he may have has official legitimacy… that can influence behaviour in ways the society may live to regret.”

Dr St Jean agreed. He said the statement “is a very dangerous kind of public statement to make, because the type of culture that this tends to perpetuate is that of the wild, wild, West.”

The amendment to the nation’s gun laws changes the makeup of the Firearm’s Committee which currently only includes the police commissioner, the head of the Defense Force and an appointee.

When the Bill becomes law, the deputy commissioner of police will be able to fill in for the commissioner and the minister of national security can appoint two other persons to the firearms committee.