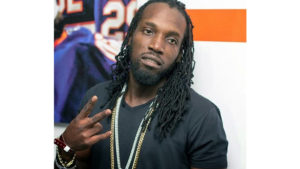 Police have ordered dancehall artiste Mavado to turn himself into the authorities for questioning and have detained the star’s son, brother and other relatives at the Constant Spring lock up in relation to the flare up of violence in the entertainer’s Cassava Piece, St Andrew community.

“We are calling on the entertainer to visit the police station as we seek to ask him a number of questions in relation to a number of developments in the Cassava Piece area,” a senior officer from the Constant Spring police division told Loop News on Tuesday evening.

Police confirmed that Mavado, whose real name is David Brooks, reportedly left the island last night, hours before law enforcement officers from the Constant Spring station swooped down on the entertainer’s Norbrook residence in search of him.

“We have confirmed that Mavado has left the island, but we have taken his 16 year-old son into custody. Mavado’s nephew, Chase Cross, is also in custody as well as his brother and his cousin. They will all be questioned regarding crimes committed in the area,” the source said.

The development comes hours after the gruesome murder of a man in Cassava Piece early Tuesday morning as the internecine gang violence intensified in the area.

The deceased has been identified as 23-year-old Lorenza Thomas, otherwise called ‘Israel’ or ‘Trulups’, of Cassava Piece Road.

Thomas was reportedly at home early in the morning when armed men kicked in the door to the house that he occupied and shot and then chopped him to death.

His body was then set ablaze by the hoodlums.

Thomas was the second person killed in three days in the wake of a shooting incident involving Mavado in the community on Saturday. The first murder was that of a Cassava Piece resident, Ian Robinson, otherwise called ‘Gaza Man’, who was shot dead at the Constant Spring Market.

Mavado was reportedly involved in a physical confrontation which led to him being shot at on Saturday. The police have a man in custody in relation to that shooting but he is yet to be charged.