Manchester United move for Ronaldo would be ‘amazing’ , says Lingard 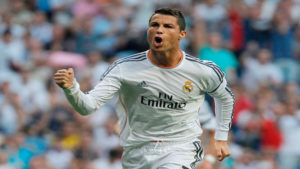 Jesse Lingard says he would love the chance to play alongside Cristiano Ronaldo at Manchester United. The five-time FIFA Ballon d’Or winner scored 118 goals in 292 appearances during his six years with United, winning three Premier League titles and one Champions League.

Ole Gunnar Solskjaer is expected to overhaul the United squad in the summer and, though a move for Ronaldo appears unlikely, Lingard would relish an opportunity to team up with the Juventus forward. “I would love [Manchester United] to sign [Cristiano] Ronaldo. He has been one of the best players in the world over the last decade,” Lingard told The Daily Mirror.

“He has been here before so he would slot right back in. “Growing up he was just unbelievable to watch in a United shirt, so on a personal note it would be amazing to play with him.” Ronaldo left United for Real Madrid in 2009 for a then-world record £80m transfer fee and went on to become the Spanish club’s all-time record goal-scorer with 450 to his name.