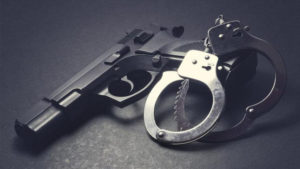 The Police have formally arrested and charged 30-year-old Daryl Tross of Bird Rock for the offences of Possession of a Firearm and Possession of Ammunition. He was charged on November 17, 2019.

On November 15, 2019, Tross was searched by Officers on patrol on the Bay Road in the vicinity of downtown Basseterre. As a result, one (1) .22 revolver with six (6) rounds of matching ammunition were found in his backpack. Tross remains in Police custody.

This find brings the number of firearms taken into Police custody for the year so far to forty-four (44).