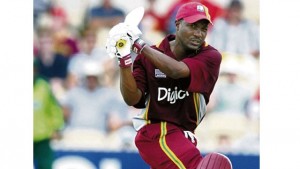 LARA… Chanderpaul should be allowed to leave in his own way

PORT OF SPAIN, Trinidad (CMC) — Batting great Brian Lara has blasted the decision by West Indies selectors to axe Shiv Chanderpaul for the two-Test series against Australia starting next Wednesday in Dominica, and wants the veteran left-hander back in the squad as a gesture of respect.

Chanderpaul was dropped last Sunday with selectors contending that his average of 16 in his last 11 innings represented a “rapid decline” in form, which made his place in the side untenable.

Lara, arguably the finest batsman of the contemporary era, said Chanderpaul deserved more respect than he had been shown, and called for his re-inclusion for the upcoming series.

“This has nothing to do with numbers or averages. What are they saying, that Chanderpaul was given the last 11 innings to get the desired number of runs to break a record?” Lara told the Trinidad Guardian newspaper.

“This has absolutely nothing to do with runs or numbers. It has to do with respect, and Chanderpaul has earned the right to say goodbye in an acceptable way. In fact, he should be allowed to do it in his own way.”

Chanderpaul has played 164 Tests in a decorated career, garnering 11,867 runs at an average of 51, with 30 Test centuries.

Ironically, the 40-year-old is just 87 runs shy of overtaking Lara’s mark of 11,953 to become the all-time leading run-scorer in West Indies cricket.

Lara, who quit international cricket eight years ago, said Chanderpaul should be given the Australia series to say farewell to the region he had served.

“In that way, there will be no hostility and whether he makes a double century or a duck, it doesn’t matter, it will be his farewell series and the entire cricketing world will know that,” Lara said.

“He deserves it. The WICB and the Caribbean owe it to Shiv to send him off with dignity and respect. He has earned it.”

Lara compared the careers of Chanderpaul and Indian superstar Sachin Tendulkar, pointing out the contrasts in how the two players were treated.

“What did they do [for Tendulkar]? They organised a Test series in his honour and gave him a farewell in keeping with his contribution to the game,” Lara argued.

“From Guyana in 1994 when he (Chanderpaul) made his debut to his last Test innings he gave his heart to West Indies cricket and what do we do? Drop him and that’s it.”