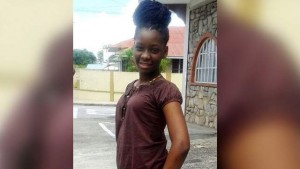 A 16-year-old girl was killed on Wednesday night after she was stabbed in the neck in Laventille, allegedly by a jealous woman who intended to harm someone else.

According to police reports, around 8.30 p.m., Jernice Francis and another female friend were walking along Snake Valley, Laventille, when they were approached by an 18-year-old woman.