Home / Sports / Jaylen Brown has stepped up his driving game, and Celtics are reaping the benefits

Jaylen Brown has stepped up his driving game, and Celtics are reaping the benefits 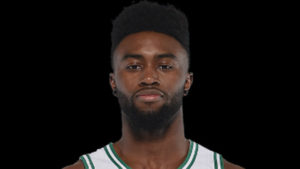 There were four white Pelicans jerseys in front of Jaylen Brown as he crossed the midcourt stripe on Wednesday night, and that should have been enough to deter him from driving.

But lately it feels like there hasn’t been much that dissuades Brown from getting to the rim whenever he decides he’d like to get there. Brown has operated like he has NBA Fast Pass and gets his own high-speed lane to the basket.

Despite all the white in front of him, Brown saw red. He momentarily downshifted near the 3-point line and studied the floor. All five Pelicans players were looking at him in that moment while the rest of Boston’s players flared to the corners. Brown accelerated down the left side where Larry Nance Jr. and Trey Murphy III were positioned to corral him. Instead, Brown spun through Nance to get to the paint then powered through Murphy III’s strip attempt for an and-1 layup.

Nearby, Grant Williams flexed a muscle in celebration.

“When he drives, I feel like people feel it,” said Al Horford. “When he’s hitting you when he’s driving, that’s real.”

Just ask Dyson Daniels. He rushed over to help on one Brown drive in the second quarter, caught a shoulder, and toppled like a bowling pin as Brown finished a layup.

Brown has the pedal to the metal lately. In calendar year 2023, his drives attempts per game are up and so is his field goal percentage in those situations. Even when he doesn’t power through two defenders, he’s often able to stop, spin, and get a bucket in the midrange. Defenders have to pick their poison.

The bottom line is that good things are happening when Brown drives. A look at his drive uptick over the last three games, per NBA tracking:

Jaylen Brown is driving more often and with better results in his last three games.

The efficiency of Brown’s drives is what jumps out, but his scoring puts him among the NBA’s elite. There are only three players in the NBA averaging more drive points per game this season than Brown has averaged the last three games: Shai Gilgeous-Alexander (16.6), Luka Doncic (15) and Ja Morant (14.4).

Among the 47 high-volume drivers averaging more than 10 drives per game this season, Brown is tied for fourth in the NBA in field goal percentage. The only players shooting a higher percentage are Doncic, Donovan Mitchell, and DeMar DeRozan.

Brown’s efficiency is jarring. He’s generating 9.1 points off 11 drives per game. That’s an 82.5 points percentage (dividing points per game by drives per game) and that’s the second best mark in the NBA behind only DeRozan (83.9 percent).

Jaylen’s mindset after 41-point outburst is a great sign for Celtics
“I think I can get to the rim at a good rate this year,” said Brown. “I definitely want to keep that up. I don’t want to let the defense off the hook … I definitely still think I’m going to look to get to the basket a lot more, for sure, just for the remainder of the year.”

Informed of Horford’s suggestion that opposing players are feeling Brown this year, Brown smiled and said, “I guess Al’s got some wisdom on him, so I’ll take that as a compliment. But for the most part just try to be aggressive.

“I definitely feel stronger this year. My body is in better shape. I probably put on some pounds of muscle in the summer time. So I’ve been trying to use it as much as I can.”

The numbers suggest good things happen more often than not when Brown is aggressive. It feels like he’s done a better job with ball security lately but the data suggests he can be even a bit crisper. Brown might be the only one who can actually stop himself on drives.

But Brown is playing with an obvious confidence when attacking lately. And there has been little defenses can do to slow him down.