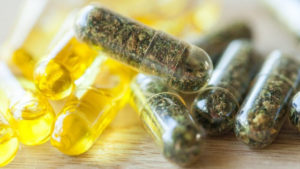 Under the limited partnership, LASCO Manufacturing Limited will produce UCANN’s cannabidiol water and other medicinals such as capsules, sublinguals, roll-ons and balms for export to the English-speaking Caribbean and Central America, excluding Mexico.

For this venture, LASCO has formed a new company, Lasvac, which is in the final stage of receiving approval from the Cannabis Licensing Authority (CLA) to grow, manufacture, transport, research and export cannabis products. Once it gets approved, Lasvac will be importing the raw material for the water and medicinals from Europe.

LASCO has earmarked US$100 million for the manufacture and distribution of the products, and another US$3 million will be provided by UCANN. CRD will be responsible for growing the cannabis locally.

Founder and executive chairman of the LASCO Group, Lascelles Chin, said he has already received “visits from potential customers from Australia interested in placing large orders, as well as inquiries from territories including Canada, Italy, Europe, and Ukraine wanting information on timing of production and distribution”.

“We are eager to begin this new venture,” he said. “We started LASCO with the mission to build the market for Jamaica’s products domestically and around the world, and we recognized the opportunity to do that with the United Cannabis brand.”

“Their presence within the domestic market and distribution channels around the world is perfect for this endeavour. Working together with Cannabinoid Research and Development we have retained the facilities, resources and staff needed to initiate our operation, and we intend to launch as soon as we receive final approval from the Ministry of Health,” he said.

LASCO is one of the leading dry blend beverage companies in Jamaica, with reported revenue of US$56.2 million in 2017. It exports its products to 22 countries throughout the Caribbean, Central and South America, Canada, United Kingdom, and the United States.